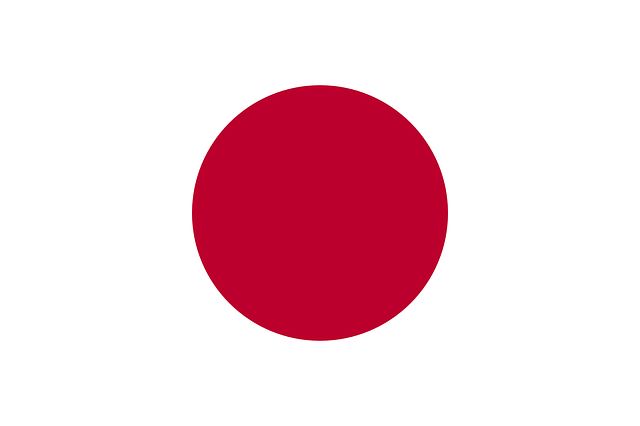 Japan is an island nation in East Asia

The beautiful country of Japan (Nippon) is situated in the northwestern Pacific Ocean, to the east of Korea and China.

Japan has a vibrant and rich history, with samurais, ninjas and shoguns, empires, revolutions, isolationism, and so on.

The Japanese archipelago lies on the Ring of Fire, which means earthquakes, tsunamis and volcanic eruptions are pretty common.

In fact, it is the 17th most likely country where you’ll experience a natural disaster.

The Philippines ranks 3rd, and from my experience this is certainly true – although it’s not really that devastating if you don’t live near epicenters.

Japan has a predominantly temperate climate and boasts some rather impressive nature, consisting mostly of forests and mountains.

The capital of Tokyo is the most populous metropolitan area, with nearly 40 million residents.

It’s a futuristic metropolis and truly a sight to behold.

I would definitely recommend visiting Tokyo at least once in your life.

For the longest time, it was my number 1 city to visit after seeing Lost in Translation!

Japan is to date the only country to get nuked by atomic weapons, during World War 2.

After this disaster, Japan experienced very strong economic growth, and became the second largest economy in the world in the early ‘70s.

However, since 1995 Japan has been in stagnation, with an economy that isn’t growing much, and a population that is declining.

It’s ranked very high on the Human Development Index, is extremely safe, and has one of the highest life expectancies in the world.

People aren’t dying very fast, but they aren’t reproducing either.

Their movies and videogames are top notch, and I personally thoroughly enjoy them.

In short, if all you’ve ever seen of Japan is through media, this article might be a bit of a shock to you.

It certainly was for me, because I really hoped Japan would be a top location to move to … but it sadly isn’t. 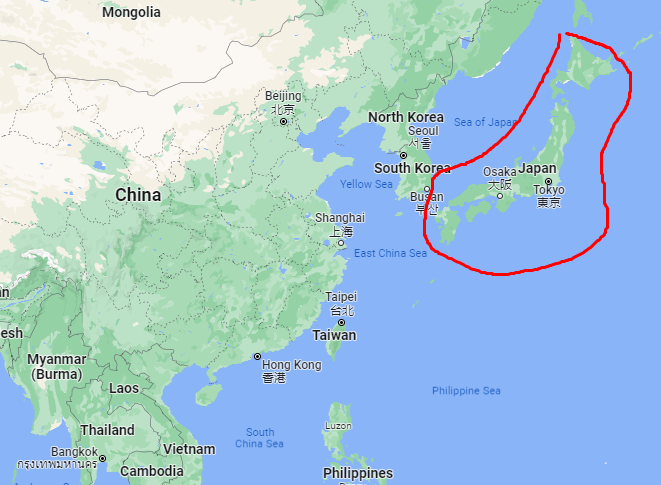 Requirements for moving to Japan

The requirements of moving to Japan are much stricter than they are for most countries I’ve talked about on this website.

This saddens me, to be honest, because I had such high hopes for Japan.

Let’s take a look at the visa situation first.

Sure, you can stay there for up to 90 days without a visa, with the possibility of extension, which is great, but getting residence comes with so many requirements, it’s almost never worth it.

Having to pay taxes and getting a job in Japan are just two very restrictive examples of those requirements.

Staying in Japan would then be a matter of visa-hopping every 5-6 months.

Not the end of the world, but not ideal by any means.

Then there’s the issue of the cost of living.

Japan, especially its big cities, is a very expensive country.

If you only make an average Western salary, you most likely will be scraping to get by in Tokyo.

Better get started on your multiple sources of international income!

Moving to a smaller town alleviates some of that, but this unfortunately will only exacerbate the following factor: the rather strong language barrier.

While in countries such as Vietnam or Thailand you can get by using English, in Japan it’s almost impossible to live a great life long term if you do not learn Japanese.

And, as opposed to Spanish for most Latin American countries, this isn’t easy.

In summation, the requirements of moving to Japan are very restrictive, and this does not bode well.

However, if you are 100% dedicated to making it work and really apply yourself to living in Japan, you can most certainly do so.

Just keep in mind that it will take much more time, effort and money than it would in almost any other country.

What is the cost of living in Japan per month?

The cost of living in Japan per month is very elevated compared to other Asian countries, especially in Southeast Asia.

A single person can expect to have to spend at least $1,600 per month for a very basic life.

If you live in a hip neighborhood in Tokyo, that number can easily triple or quadruple.

And we’re just talking about the basics here.

Living it up will set you back thousands of dollars per month, easily.

Japan has a reputation for being a high-stress, high-work-pressure country, with many suicides and burn-outs, and it’s not hard to understand why.

Life in Japan is just  expensive, and the pressure to do well in life (and thus make a lot of money) is very high.

In addition, you will also have to pay taxes on your international income once you’ve lived here for awhile.

This does not help matters at all.

Benefits of living in Japan

Downsides of living in Japan

Moving to Japan - by the numbers 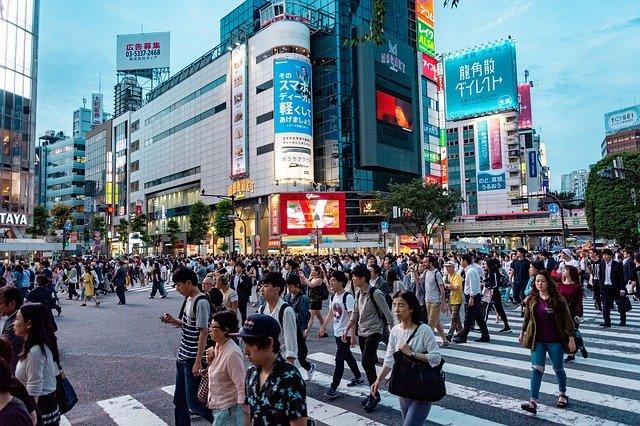 How is living in Japan as a foreigner?

Living in Japan as a foreigner is a mixed bag for sure.

Either you’re completely into the culture and love it to death, do everything you can to make it work, and ignore all the blatant red flags Japan has as a place to live, or you are aware of its many flaws and see it as nothing more than a spot to sometimes visit.

I’m in the latter camp, and while I really enjoy the culture … Japan just isn’t all too great in most practical aspects.

There’s the higher cost of living compared to nearby better options, the language barrier, the fact that getting residence isn’t easy and that you have to pay taxes upon being a resident.

In addition, I don’t see the point in moving to a country with a stagnant economy, I’d much rather go to a booming nation, where you can profit from its rise.

That being said, Japan has some definite benefits, like its high level of safety, usually friendly locals, a clean environment, and beautiful nature.

In addition, if you’re into some weird fetishes, Japan’s the place to go.

Japan is a de facto Asian Western country, and this explains why it is also collapsing, and why it isn’t a good option to move to.

In summation, and it pains me to write this: I would not recommend Japan for any of your flags.